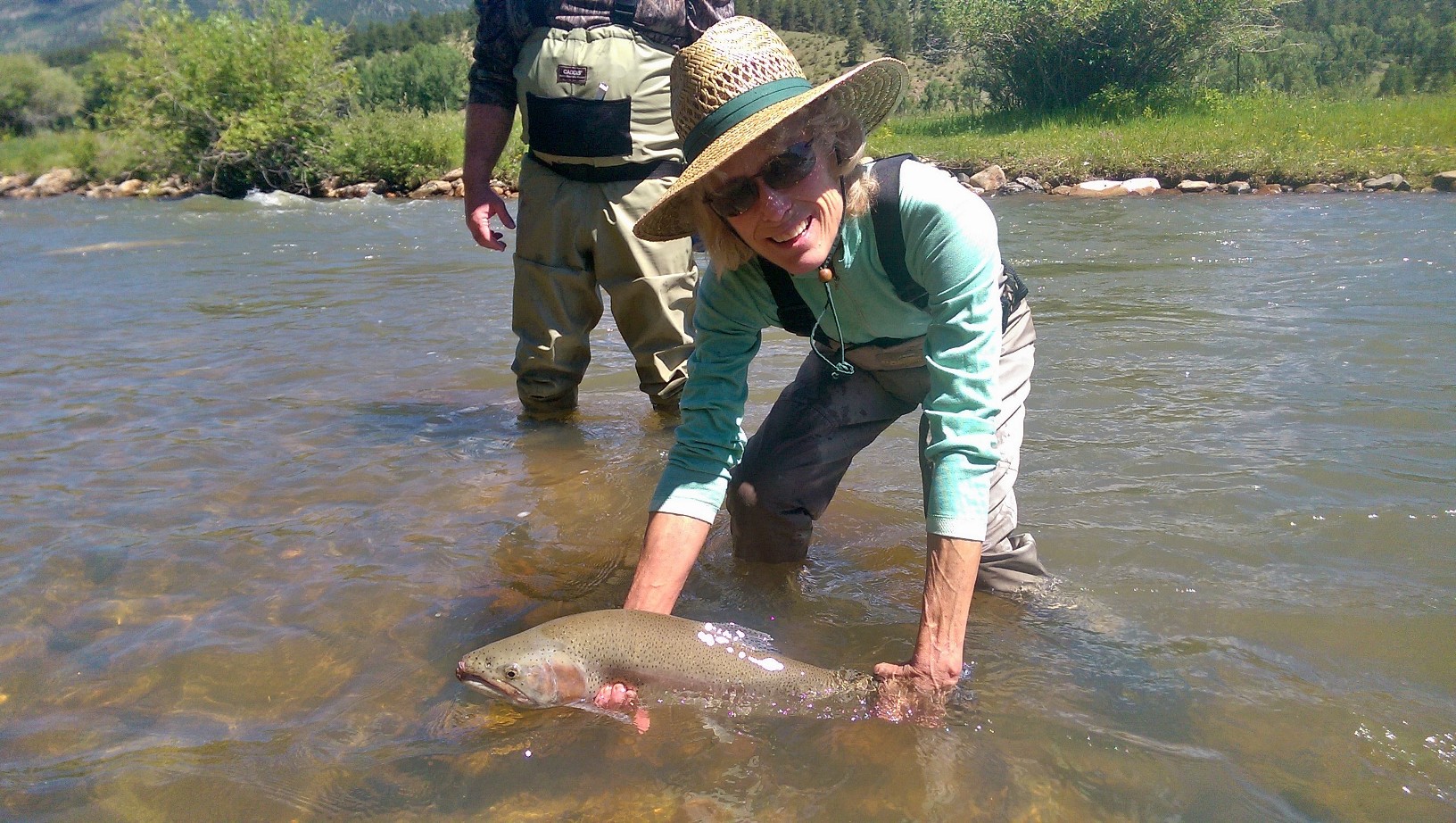 Fishing/catching remained strong during the entire month of June. We had
normal high water up to 760cfs but we fished right thru it with great
results. This June was our best month ever in terms of Big fish landed,
species landed, and overall number of fish landed. Lots of worms being
washed down so the fish were eating San Juan worms and egg patterns. Toward
the end of the month small nymphs started to work.

Lots of photos were taken of big fish, up to 12 lbs, none better than this
release of a nice Rainbow, landed at Long Meadow, by Katherine. Credit to
her guide, Marcelo Caiozzi, for sending us the photo and getting the group
into several large fish.