We opened again on May 1 and we have had great fishing on each trip. Run off has started so we get some off colored water. It clears some by the afternoon.
It’s better for catching fish but it doesn’t look as good as the gin clear water we will have later this summer and fall. 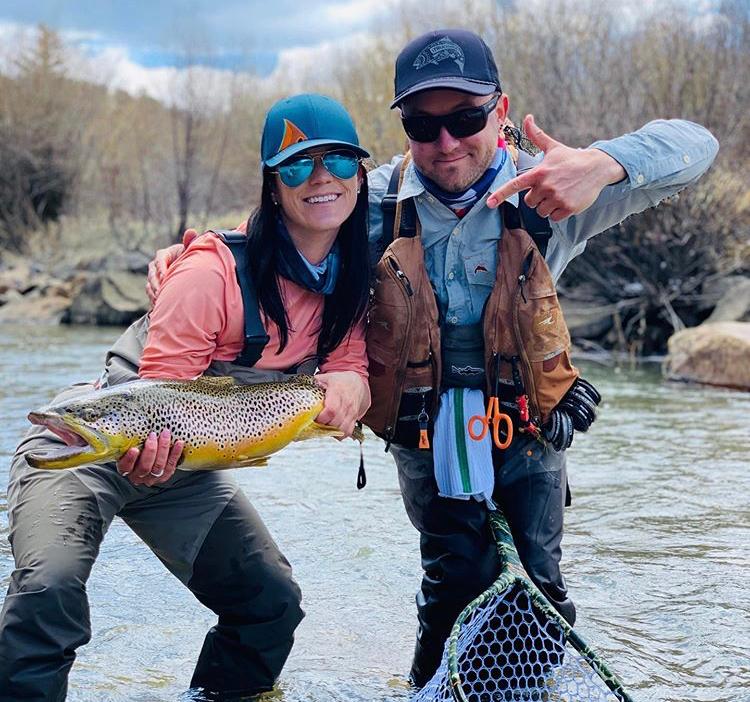 Just check out these beautiful Boxwood Browns that Kelly and Brittany landed on May 10 … Fantastic looking fish and anglers. Their group of 8 landed approximately 125 fish with the largest being a 28 inch Brown.

Their outfitter was 5280 Angler and the guide for Kelly and Brittany was Nick Souter. Nick ties some top secret nymphs of his own design that catch fish. (You don’t have to go to Patagonia or New Zealand to catch fish like these)