Nice warm weather for November and the fishing/catching was hot. Your guide will have the flies you need but bring your own creations. 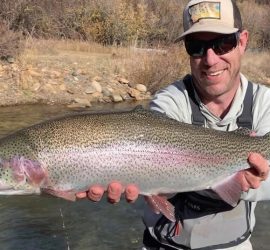 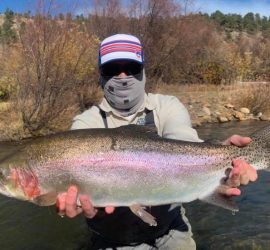 Fishing/catching has remained strong since our reopening on October 15th.

We have had 3 trips since re-opening on October 14th. The results have been epic both in terms of the number of fish landed and the overall quality…. and in some cases the phenomenal size. We have 300+ cfs of gin clear water from Dillon Reservoir via Roberts Tunnel. You can see the fish in […] 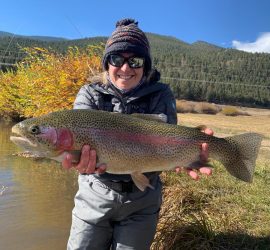 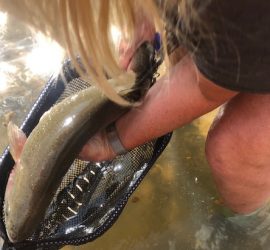 Lots of anglers are worried about how this low water is affecting our fish.So far so good. The fish are doing excellent. My daughter Dana and her son Austin fished for a few hours on 9-23-20. Using small nymphs and small black streamers they landed quite a few quality fish up to 28 inches…maybe some […]

Fishing/catching has remained excellent at both Boxwood and Long Meadow. Guides are reporting Caddis hatching at Long Meadow so some fish are being taken on the surface. Flows have been consistent with 380 cfs through Roberts Tunnel, from Lake Dillon, and 90-100 of natural flow. Our water is gin clear which provides lots of sight […] 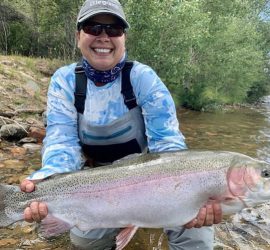 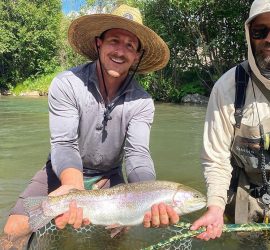 Fishing/catching has remained quite good all thru June and July.We have plenty of gin clear water running at about 480 cfs with 350 cfs coming thru Roberts Tunnel from Dillon Reservoir….Thanks to Denver Water. Our water temp this morning, at 8:30, was a nice cold 46 degrees. Anglers from the mid west and the south […] 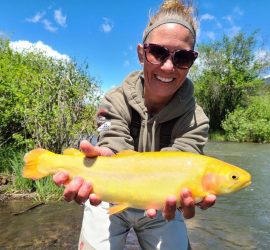 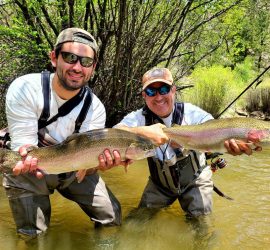 I don’t think we ever officially opened this late in our 32+ year history. We had 2 full day and 3 1/2 day anglers with 3 different guides fishing in a flow of 400cfs. A total of 64 fish were landed mostly Rainbows up to 25 inches. Only a few Browns and Brookies up to […] 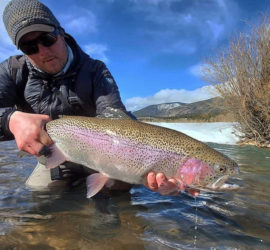 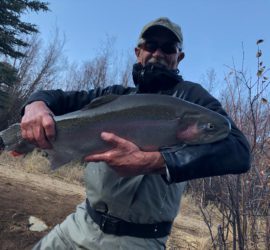 WOW….What a start for November. Larry landed this Trophy Boxwood Bow on a flying ant pattern that his guide, Nick, of 5280 Angler fame tied just for the trip. Imagine spotting this fish in gin clear water and then having it smash your floating ant pattern. Where else but at Boxwood would this possibly happen….and […]