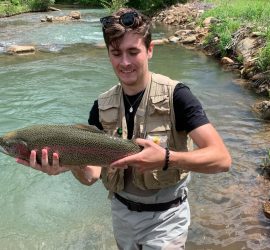 Anglers are landing lots of fish in the 20-24 inch range some as large as 26 inches. Some reports of huge Trout breaking off 3X tippet nearly every day. Our last group of 8 anglers landed 150 fish A mixture of natural run-off and water from Dillon Reservoir makes for clear cold water with a […]

Fishing has been quite good since we reopened on May 14th. Some run-off has finally started so our flows have been inching upward each day. Water is off colored but anglers are hooking up with fish…some days a lot of fish. We had a group of 12 anglers here for 3 days this past week… […] 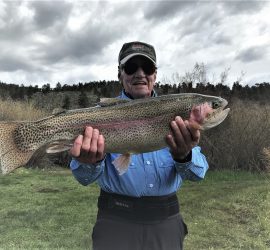 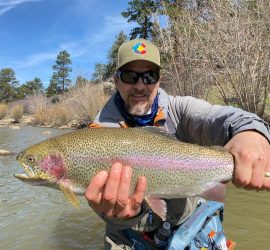 And the fishing is back to Boxwood expectations: Very good to excellent. 2021 has been quite a year but we were finally able to reopen on May 14 and since then the fishing has been great. Run off is providing plenty of water and the fish are doing just fine. Denver Water has opened Roberts […]

First the bad news… We must close fishing until May 1 (my best guess) Denver Water just shut off our water supply from Dillon Reservoir…they don’t need the water in Denver. Natural flow is quite low because our run-off from snow melt has not started yet. We will reopen for trips as soon as we […] 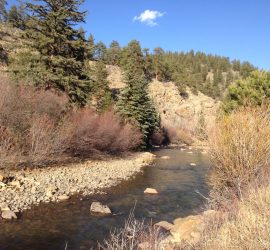 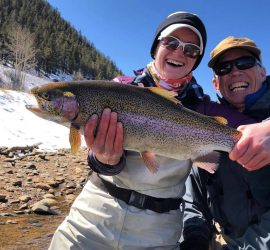 Anglers are landing lots of great looking fish at both Boxwood and Long Meadow. These photos are from fish landed at Long Meadow. As I write this, on April 3, the temp is 55 degrees and the snow is melting rapidly. Some run off has started to color up the water from gin clear to […]

Fishing/catching has remained excellent, before, during and after our spring snowstorms. We are expecting an especially big snow this weekend so we closed for a few days until the storm passes. Jason landed this really nice 22 inch Tiger on March 9th. He was guided by Chris Goodwin with 5280 Angler. Chris […] 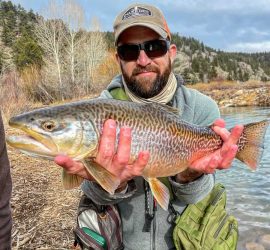 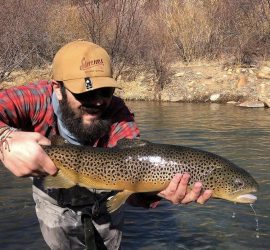 Our winter fishing trips have been very productive. Fish up to 26 inches long — maybe larger on some that anglers landed which were not measured. Water temps averaged 38-41 degrees which kept the fish very active chasing streamers. Some anglers reported landing 20 fish before lunch, including Browns, Bows, Brooks and Palominos. When you […]

What a great start for 2021 fishing. Our group of 6 anglers guided by Tom, Nick and Ron from 5280 Angler landed 130 Trout. An exceptional day for sure. Hot flies used were….eggs, worms, Copper Johns, leech patterns, PT’s, Rainbow Warriors. The fish will now get a 30 day rest and be ready to go […] 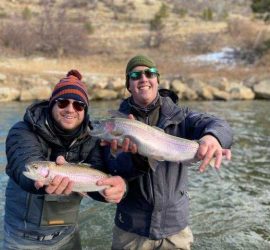 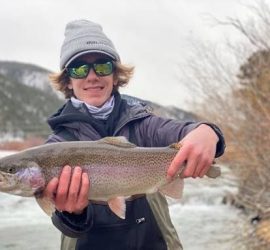 Fishing and catching have remained excellent. We have great ice free water with a flow of 160cfs. Anglers have been landing a variety of species (See the photos of some recent trips) Clay and Tanner enjoyed a great December father and son day on the river with guide Tom Caprio. They landed fish into the […]

Merry Christmas and Happy New Year to all of our friends from Boxwood. We saw a beautiful snow last week that has since melted but it transformed the ranch into a beautiful place. Enjoy!